This morning I was struck, looking out at the children during Mass at my kids’ primary school: my future is in their hands. Oh, I know, it’s the sort of thing we say. Like we know we are mortal. But it doesn’t really sink in until something presses it on us. (For me, it was the death of my mother that did it.) In fact, it is such a banal thing to say that Whitney Houston recorded a song about it. Today, though, that ‘banal truth’ (as David Foster Wallace might describe it) hit me in a different place. A deeper place.

I’ve long worried about the evaporation of childhood. Academic work starts earlier. And homework, and stress about school. Kids watch more TV and are protected from the dangers of tree-climbing. My generation thinks that childhood in the 1970’s may not have been as safe, but we survived it–and thrived. So I am not alone in the concern for childhood. Nor am I alone in the concern that part of what shapes childhood for our kids has little to do with safety and everything to do with what’s convenient for us. Screens keep kids occupied as easily and certainly as Mary Poppins. I know (#guilty).

And I wonder whether, at least for me, a part of the desire to keep my kids safe and healthy is a desire to keep things in order. Nothing disrupts my work like a kid off school. Yesterday, I let my 11-year-old stay home because he was so stressed out by school, knowing that I’d be sacrificing a day of work. We had a great walk in the woods and more time alone together than we have had in years. We both enjoyed it–and a funny thing happened. I slipped in the mud, and realised suddenly that he was fully my equal in terms of agility and speed. And he thought he was looking after me as much as I was looking after him. We have changed. I’ll miss the deadline I thought I would meet, though I judge the loss to be worth it. The unexpected sick days, though, can inspire grumbling and worse. Who thinks that missing work because a child is off school ill, or because of bad weather, is worth it? Maybe I’m just selfish that way.

That experience yesterday probably set me up for the awakening I had this morning, that conviction that my future is in the hands of all those children at Mass in the school hall. We worry about what sort of future we are creating for them. But we should be equally concerned about what sort of future they will create for us. God willing, I will still be around when they are running the world. And I will be vulnerable, as they are vulnerable now. I hope they don’t just give me a screen and hope I’ll leave them alone for a bit to get on with their work. If they do, I’ll have no one to blame but myself.

Work, work, work. I love my work, actually, and am grateful for the opportunity to do it. As a moral theologian, I work in a space cleared for me by feminists in the 1960’s and 1970’s. I’ve expressed my gratitude for them in previous posts. And there is still work to in that space. Part of the reason I do not jump on the ‘it was all better in the 1970’s’ bandwagon is that it wasn’t. Not for women, anyway. I don’t mean not being welcomed into the workplace, either, though that is part of it. I mean the sick feeling I got when I watched an old James Bond film (with the young Sean Connery). The portrayal and treatment of women in those films horrified me. Never mind that there isn’t the graphic and grisly presentation of fighting: those films are deeply violent, unconsciously so…which makes it worse. I’m not going back to that, and I am deeply grateful to the women in Hollywood who have led the #MeToo movement. I dream of a future in which my daughter will never, ever use that hashtag.

There is, however, another front in this war we women have been fighting. A less glamorous and more dangerous front. One of the things that we have lost in the fighting is the value of childhood, of home, of motherhood–by which I mean the form of radically available parenting that doesn’t regard a sick child as an interruption in the work. In ‘mothering’, tending to the sick child is the work. (Obviously this form of family life was never the universal that some of us like to think. But it is still true that growing up with parents who were still married to each other is a privilege. So it is worth considering as a desirable form of life, even if it isn’t for everybody.)

The ‘other front’ is the battle for the honorable craft of caring for children. To fight for it doesn’t mean asking for a regression to the 1970’s, but for a true recognition that those who are children now are creating their future and ours. Teachers cannot raise our kids for us, though my kids’ primary school does a smashing job of making kind and generous-hearted young people. We are losing childhood and motherhood together, and it is a terrible loss. Not because we should all return to a ‘Leave it to Beaver’ society, but because losing childhood and motherhood means losing a space in which we used to do a lot of growing together. I remembered that space yesterday: every day my children change, and I change. I want to help guide that change, and I want them to guide my changing self, too.

So I fight the battle for being a mom. (Or, I guess, a mum, since that’s what my kids call me.) When the world says, let him watch TV and finish that review, I have to say, no thank you. I’m going for a walk. I know there are mothers out there who do this every day and never think twice about giving their entire lives for their children. Their CV will never, ever reflect the world-changing work they do. And I thank them, because my future is in their kids’ hands, too. 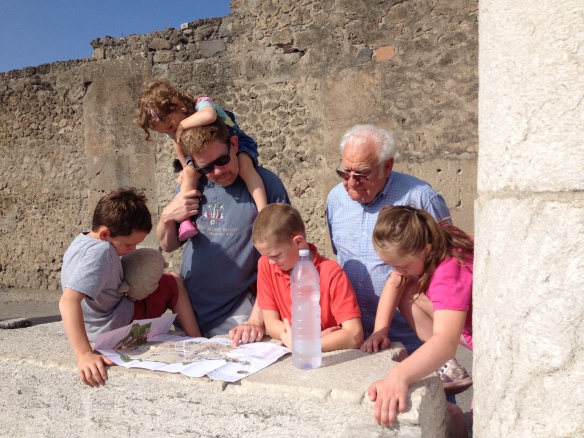